Folder Size was already running under 64 Bit operating systems, but that had some limitations as it was a 32 Bit application. Under Windows, 32 Bit applications are limited to use 2 gigabytes of memory and though Folder Size is extremely optimized in terms of memory usage and performance that could cause a problem when scanning volumes that contain many small files. The used memory does not depend on the size of the scanned location, but on the quantity of files and folders that it contains. The 64 Bit version not only removes this limitation completely (the tool will use all the available memory on the system), but will also run faster because of the native 64 bit instructions used.

While the charts in Folder Size were beautiful they used Adobe Flash. It was popular in the past and was available on almost every computer, but it has always been a potential security hole and was avoided by the majority of the system administrators and advanced users. As Folder Size is used on server systems many system administrators had to use it without the charting due to the missing Adobe Flash on the system or scan the server over the network which is much slower. As we believe that security is a serious topic we have removed the Adobe Flash usage completely. The new charts look almost identical to the old ones and maybe even better. Let us know your opinion in the comments. 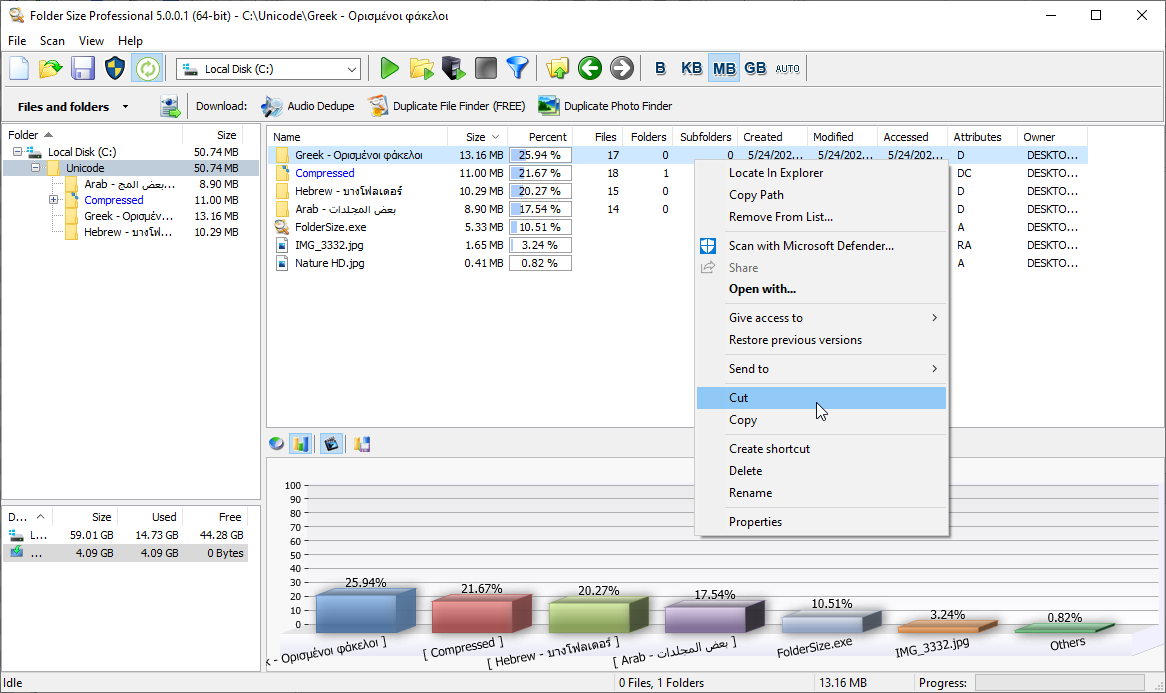 Many users do not realize that Windows has a limit of 260 characters per path including the file name and use huge names for their folders. This often is true for photo and music and other personal folders and use names like – “Photos from December 2015 – Our great vacation with Dharma and Greg and their lovely children and uncle Steve at the sunny coasts of Puerto Rico”. Of course such folder structure will cause only problems in Windows as even Windows Explorer will not properly manage paths longer than 260 characters. We have enabled Folder Size to scan and list such folders properly with few minor exceptions. Icons for very long paths can not be displayed as the Windows system does not support that and such files can not be located in Windows Explorer as it does not support them too, but the paths, files and their sizes will be properly listed inside Folder Size.

There are some extra minor improvements and fixes in this release.

Do you have suggestions? Do you miss a feature?
Please share it in the comments below – we will love to hear and implement it.